Munich is world famous for its beer gardens and Oktoberfest—it’s also the city where nilo.health was founded and the location of this year’s spring office party.

Naturally a range of alcoholic drinks was provided alongside the food at the party, it’s how people have been celebrating special occasions for millennia, after all. For our colleagues who don’t drink, there were plenty of delicious non-alcoholic drinks on offer too. We wanted to make it an inclusive team occasion. No one struggling with alcohol use disorder—or who simply chooses not to drink—should have their needs overlooked.

While for lots of people, a party without alcohol isn’t a party—for others, the opposite can be true: alcohol is no party at all.

Substance use disorders count among the most stigmatized mental health conditions out there, with many people avoiding or delaying seeking treatment as a result. The stresses of the Covid-19 pandemic have led to an increase in the use of alcohol and recreational drugs during the workday—in both Germany and elsewhere—alongside an overall rise in substance use disorders.,

Going against the grain

The detrimental effects of alcohol abuse often extend far beyond the health consequences for drinkers, leaving a trail of destruction in the lives of friends, family, colleagues, and even strangers. Workplace events can be challenging mental health spaces, not only for those struggling with substance use disorders, but for those whose lives have been impacted by the effects of alcohol or drugs. While everyone has a responsibility to look after their own mental health, set boundaries, and determine what situations to avoid, alcohol consumption—particularly in many parts of Europe—is profoundly interwoven with work culture, and opting out may mean missed opportunities for bonding or appearing “stiff” or “stand-offish”. Who wants to be that colleague?

As long as social drinking is part of the fabric of everyday life in Europe, in spite of alcohol’s negative health consequences, the onus will be on non-drinkers to protect themselves and find ways to feel comfortable being black sheep.

As advocates for workplace mental health, we feel it’s our duty to raise awareness and encourage conversation around “under-the-radar” topics such as these, reminding leaders that building a strong, inclusive culture sometimes means questioning rituals and behaviors we take for granted, such as communal drinking as a form of reward or team building.

Addiction is not a problem of willpower

Eighty years ago, Bill Wilson, founder of Alcoholics Anonymous, insisted that “alcohol dependence is an illness, not a moral failing.” Since then, twin, family, and adoption studies have established that “genetics play an important role in determining an individual’s preferences for alcohol and their likelihood of developing alcohol abuse disorder”. This holds true for other kinds of substance use disorders as well. And while about half of a person’s vulnerability to substance use disorders is hereditary, anxiety, depression, environment, and life trajectory play further roles—with environment naturally an area where employers can exert a valuable influence.

According to neuroscientists, alcohol and other addictive substances trigger the release of high levels of dopamine in the brain, causing a “more intense desire to repeat the behavior”. If consumption continues, the brain starts to produce less dopamine naturally. The brain then demands an ever-greater amount of the substance to keep dopamine production at the high level it has become accustomed to, with users simultaneously deriving less pleasure and satisfaction from consumption.

Given the powerful, proven role biology plays in substance abuse disorders, it’s odd that people continue to pass judgment on individuals unable to control their alcohol or drug consumption. Nevertheless, the stigma runs deep, and for those battling addiction, the feelings of disapproval in those around them, combined with their own feelings of helplessness, can initiate a silent spiral of guilt and shame that prevents them from seeking help.

The opposite is also true: people with severe mental health issues are more likely to have substance use disorders. These individuals often ‘self-medicate’, drinking or taking other substances to deal with uncomfortable feelings or symptoms.

Whatever the circumstances, turning a blind eye to excessive drinking is a recipe for disaster from a mental health perspective. Here’s why:

Given the potential for alcohol dependence to sneak up on even casual drinkers, if you’re in the habit of using alcohol to unwind after a long workday, you might want to consider healthier ways to relax or refresh your mind—for example sports, meditation, or creative activities.

One of the classic office rituals is for a team to be rewarded for a success with drinks. Celebrating someone’s birthday by opening a bottle of prosecco is another tradition people rarely think twice about here in Europe. However, while this might be appreciated by some—even the majority—for a team lead looking to create a bonding experience for the whole group, it’s important to understand that this may exclude some people without you even realizing it: non- or even light drinkers may feel peer pressure to go along and not say anything—and let’s not forget that alcohol is forbidden in some religions.

Wouldn’t you rather be part of a celebration where you knew the right ingredients were present for everyone to enthusiastically engage? It might just be a question of investing in some bottles of tasty non-alcoholic bubbly, or it might be time to get creative…

A good way to assess whether a round of drinks makes sense for everyone—as well as come up with fresh ways to celebrate—is to send out an anonymous survey with options that don’t involve alcohol. Include a comment box where people can make their own suggestions.

You should also bear in mind that individuals who regularly opt out of work parties may be missing out on so-called “proximity bias”, whereby leaders subconsciously give opportunities to people they see more often, sometimes assuming they are better workers merely by virtue of the copious face time they have with them. Researchers have also found that individuals who regularly drink with colleagues earn on average 17% more than workers who abstain from work drinks.

We decided to speak to some of our non-drinking colleagues to get a sense of what life is like when workplace alcohol consumption is not part of the program. Here’s what they had to say:

If you could do one thing to change the culture around workplace drinking, what would it be?

Caro: Team events tend to take place in the evenings and even if there is another activity beforehand, they often end in bars with lots of alcohol, which creates a different atmosphere. I would enjoy more “active” activities when meeting colleagues, like cooking together, going bowling, dancing, etc. Similarly, at the end of a project, someone might say: “Let’s get drinks to celebrate this.” Why do we have to celebrate team or company achievements with alcohol? Why can’t it be a delicious meal or a hike in the mountains?

Katharina: At nilo, I feel like we have a very respectful culture, but maybe we could ask, “Hey, do you drink?” before offering someone a beer. It would be nice to focus more on shaping thoughtful communication around this topic, especially when new people are joining.

Mike: I love that at nilo not drinking is totally accepted and nobody makes a big deal out of it. At other companies, I experienced heavy peer pressure, including being perceived as a spoilsport and saw people even urging others to drink something. This culture must be changed as a lot of people struggle to say no, and drinking is more or less forced upon them.

Have you ever been in an uncomfortable situation as a result of being a non-drinker?

Caro: Yes: I’ve gotten some comments that I was boring because I wasn’t drinking. I think that depends a lot on the culture/your social circle, though. I also sometimes feel uncomfortable when friends assume you’ll be the driver for everyone because you’re not drinking anyway, and then they want to stay out a lot later than you do.

Katharina: As an experiment, I’m not drinking for 30 days (maybe longer as it feels quite easy to me at the moment). In this timeframe, I haven’t had any issues. I truly enjoy being around people, having engaging conversations and a laugh. And if it gets too “wild”, I can always leave.

How does it feel not drinking when everyone else is drinking?

Caro: I don’t want to drink, so I don’t miss anything about it. When I’m with friends who know I don’t drink and I don’t get questions about it and people are not too drunk and I can have good conversations with everyone, I enjoy it. But there are other occasions where I get sick of having to explain why I don’t drink over and over again. I don’t understand why people assume it’s the default to drink. Sometimes I counter with: “Why do you drink?” I’ve gotten some quite weird looks for that.

Katharina: I don’t mind if everyone around me is having drinks. I wouldn’t be doing this if I didn’t truly enjoy the effects of staying away from alcohol in the first place.

If you or a colleague has a problem

Some of the most driven, successful and talented professionals battle with substance abuse. Even if your company is mental health-friendly, admitting one’s struggles in the workplace can be an enormous hurdle, given the aforementioned stigma around substance use disorders.

As a thought exercise: consider how you would react if your boss announced to the company that they were getting treatment for addiction. You might applaud their vulnerability, but you might also be rightly concerned for the company’s stability and even question their authority and decisions made up to that point. Now imagine it’s a colleague of yours whose job involves handling highly sensitive information or performing sophisticated technical tasks. Can you see how knowledge of a person’s substance use—even someone whose work or personality you like and respect—can deeply shake the foundations of professional trust?

It’s totally understandable therefore that people dealing with SUDs don’t necessarily want to “out” themselves in the workplace, although in some cases it may be helpful—for example, to avoid getting offered those afterwork drinks.

If you’re struggling with substance abuse or a colleague confides in you that they have a problem or it’s clearly negatively impacting their work, it’s time to seek professional support, remembering—as emphasized earlier—a substance use disorder is not a failure of willpower. For leaders, this is the perfect opportunity to reflect on any workplace factors that may not be helping matters: work stress, and even working more than 48 hours a week, are known contributors to unhealthy alcohol consumption.

Having a mental health-friendly workplace can go a long way towards supporting people prone to substance use disorders. Experts recommend the following measures:

You’ll find more tips in our Corporate Sanity Guide on setting up a mental health-friendly organization, including how to handle mental health interventions and conversations and support employees returning from mental health leave.

In closing, let’s remember that the wish we give each other in many cultures when we clink our glasses together is to “good health!”. We couldn’t have said it better ourselves. 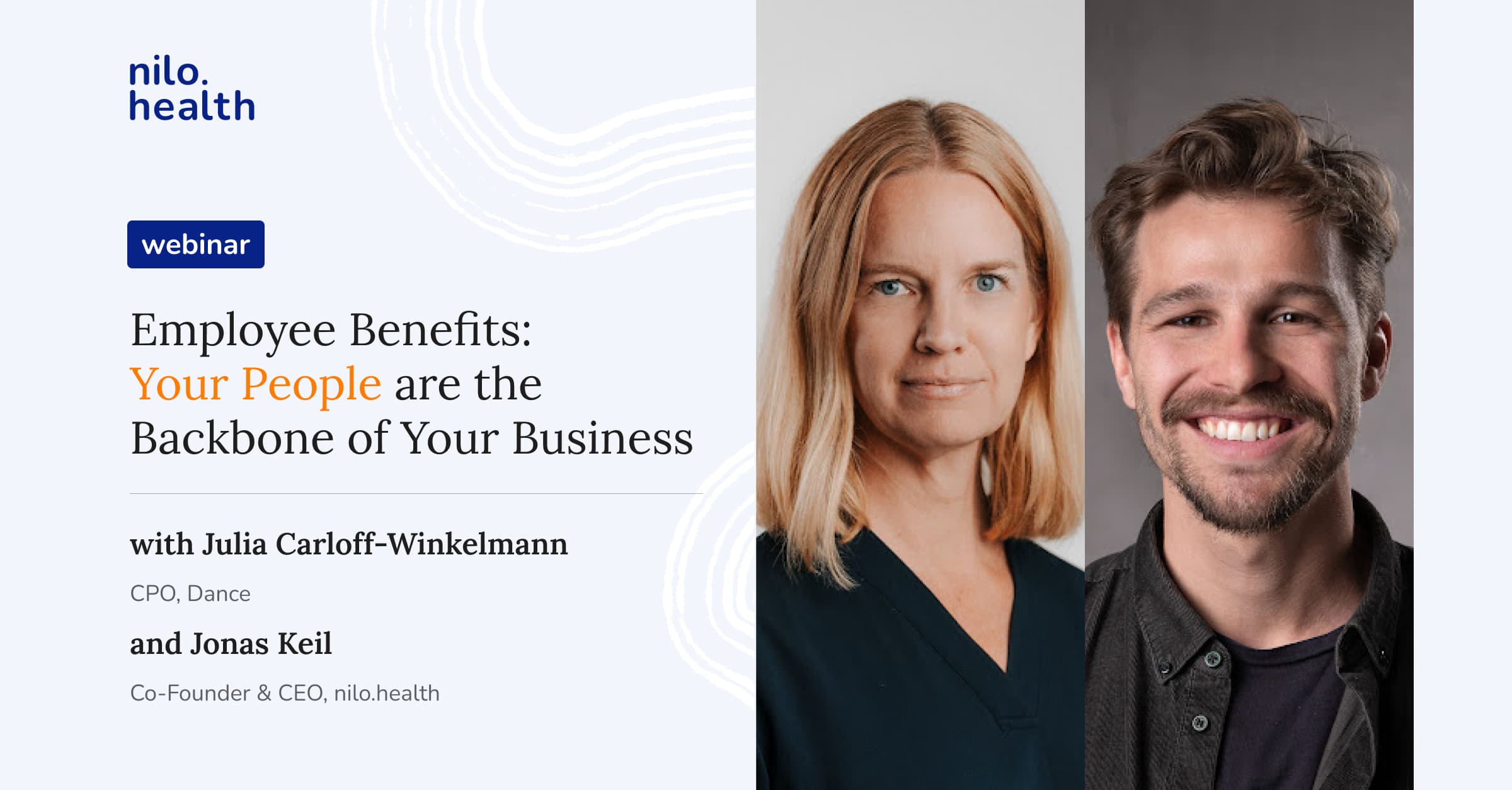 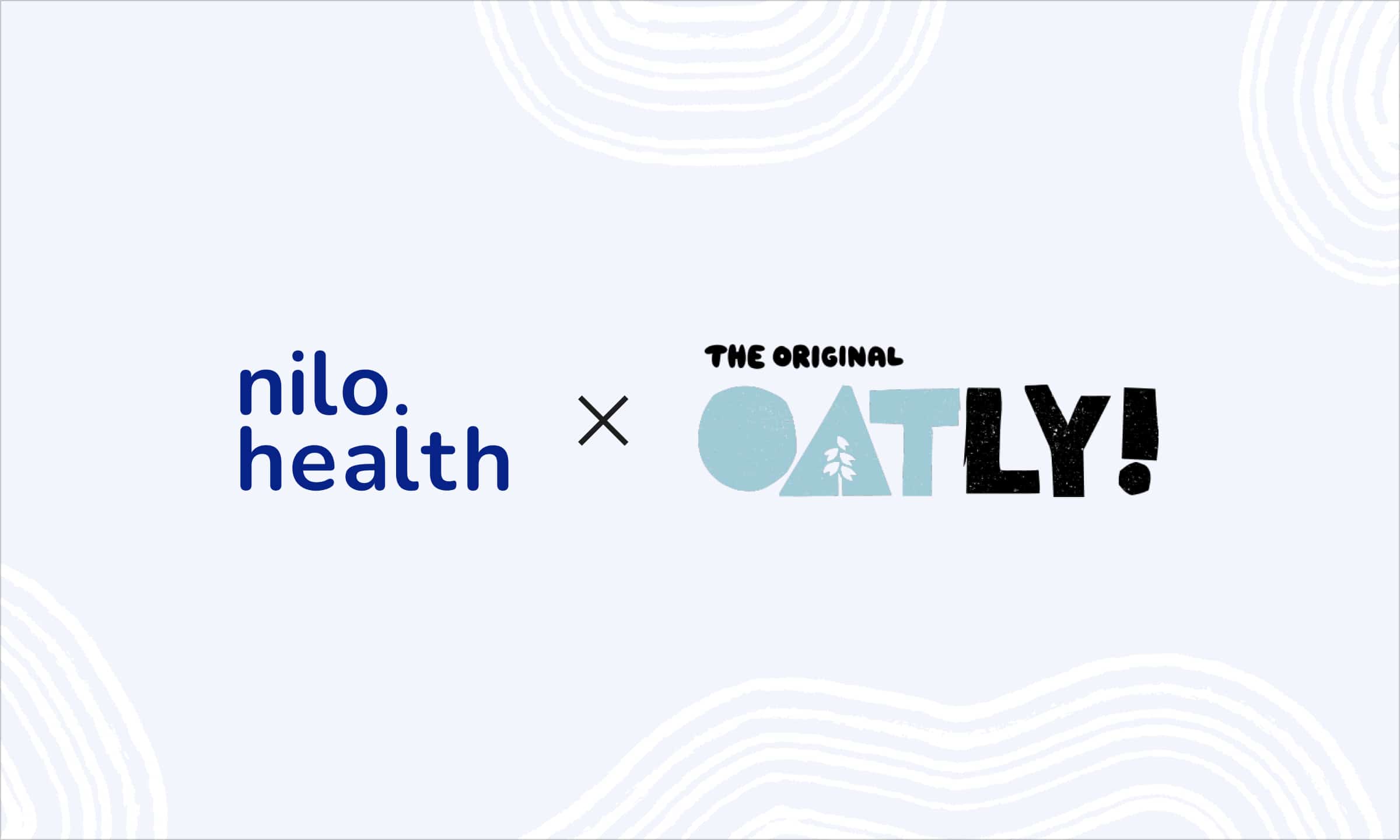 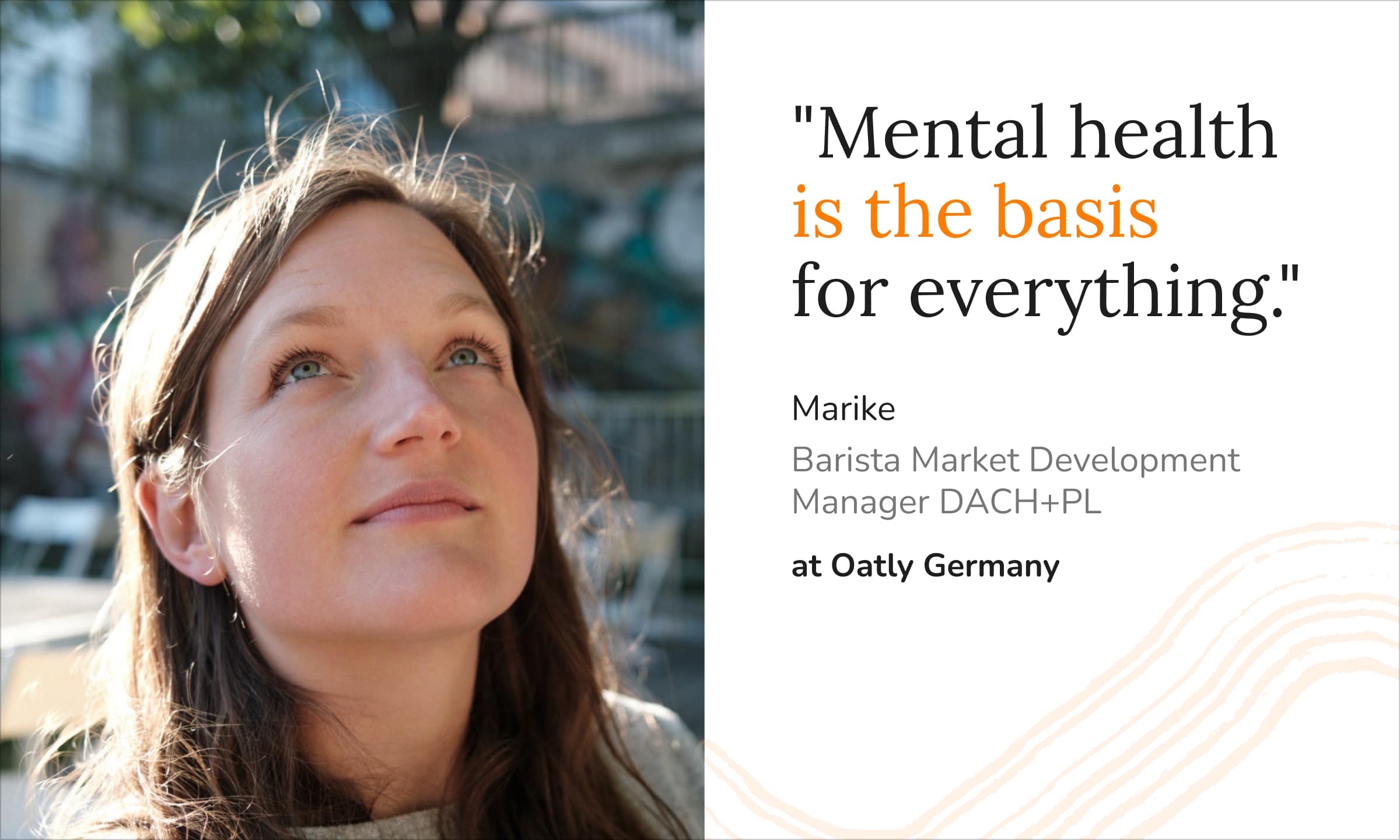 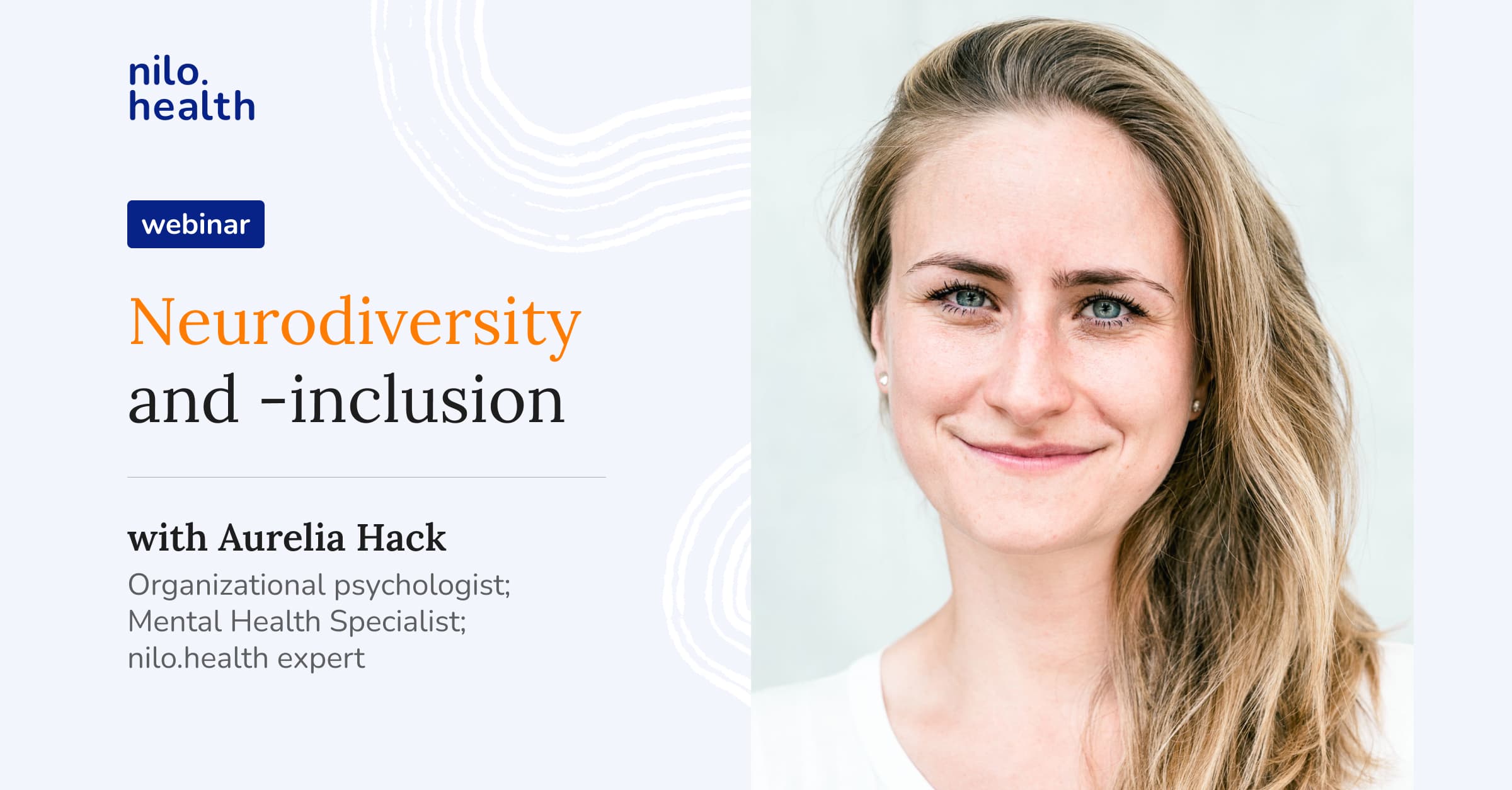